Recently, I bought an 8 TB OWC Thunderblade for myself to speed my editing. This 4-blade, NVMe SSD RAID is really fast – though not as fast as it could be.

NOTE: Read my review of the Thunderblade here.

However, because this unit contains four separate SSD drives (called “blades”) this also gave me the ability to test the speed differences between different RAID configurations.

NOTE: All my test results and charts are available in a PDF at the end of this article.

In this article, I’ll show you real-world speed results and compare them to what we need for single and multi-camera editing.

Using a 16″ MacBook Pro (with an M1 Pro chip) running macOS Monterey, I formatted a 1 TB Samsung T-5 PCIe SSD using APFS in macOS Monterey. It was connected via USB-C.

I then compared it to various configurations of an OWC Thunderblade NVMe SSD RAID.

NOTE: Recent testing shows that macOS Ventura is 15-25% slower reading and writing SSD drives. Expect your results to be lower than mine. (Here’s the article: Warning: SSD and ExFAT Speeds are Much Slower in macOS Ventura & Reformatting is Trickier. My hope is that Apple fixes this in future updates.)

Using Disk Utility, I combined the internal drives of the Thunderblade into three different RAID 0 configurations: 2-drive, 3-drive and 4-drive. 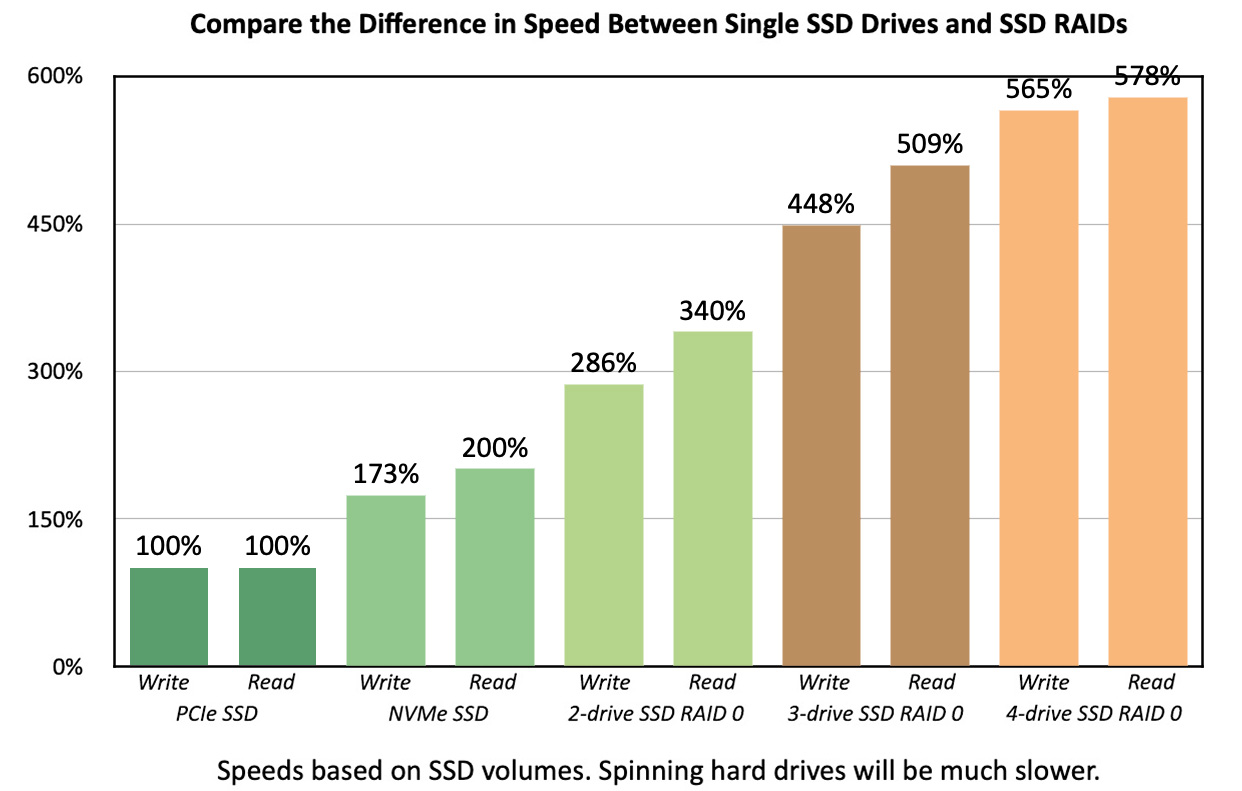 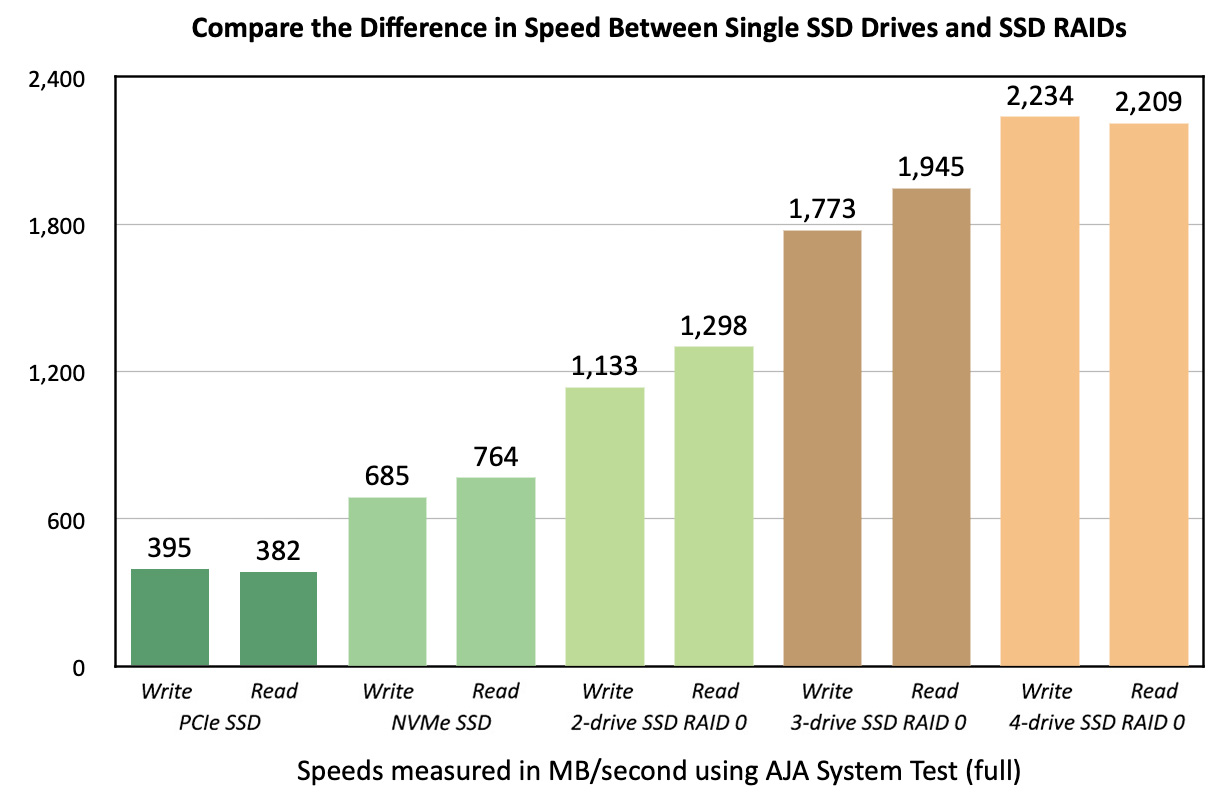 Read speeds are more important than write speeds for media editing. No current video editing software will render or export media at anywhere close to these write speeds.

NOTE: A stand-alone NVMe SSD should be closer to 2,500 MB/second. However, I don’t have a stand-alone unit to test. A single blade on the Thunderblade should max out around 975 MB/second.

IS IT FAST ENOUGH? 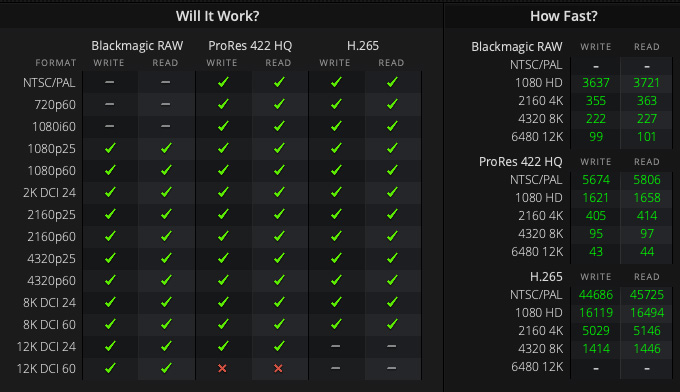 While it is helpful to see these speed numbers, the bigger question remains: Are these speeds fast enough? This chart (above) from Blackmagic Disk Speed Test displays the results of editing media on a 2-drive SSD RAID. As you can see, all current video formats are easily supported.

NOTE: As with everything in technology, always test your system before you start editing to make sure it is fast enough to support what you want to do.

While the speeds of 3- and 4-drive configurations are slower than I would expect, they are still fast enough to support significant multicam editing, especially using proxies.

I found this exercise very helpful in seeing the differences in speed between different  RAID configurations. We think of SSDs as being “infinitely fast.” But, like all tech, they have limits. You can use these charts to help you plan the gear you need as your media needs expand.

2 Responses to Compare Speed Differences Between 2-, 3-, and 4-Drive SSD RAIDS