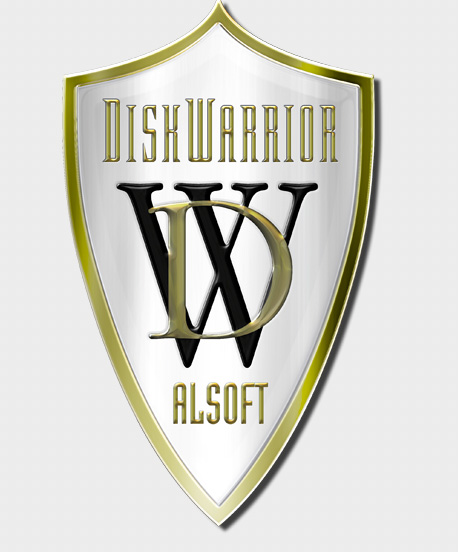 DiskWarrior, from Alsoft, is a one-trick pony: it repairs and optimizes files and disk directories. I am a long-time fan.

However, over the years, as I moved from single drives to RAIDs and shared storage, I let my version of DiskWarrior fall out of date until, finally, with the update to Catalina, I took it off my system.

This last week, as I was upgrading both my network (read about it here) and two of my production RAIDs, I was talking with the support team at OWC. As we discussed a variety of issues I was running into – all of which were fairly quickly resolved – Mark mentioned that I should run DiskWarrior on all my spinning drives “once a month, or so.”

I had never considered using DiskWarrior on a RAID. But, I trust Mark’s advice, so I bought a copy yesterday to see if it would make a difference. And it did.

DiskWarrior, by Alsoft, is “the world’s most advanced repair and data recovery tool.” (Alsoft website). It repairs files or hard drives, then optimizes the disk directory to maximize performance.

I thought both my RAIDs were running fine. But, after running Disk Warrior to repair and optimize the directories on both, speeds on my fastest RAID improved 122%!

Alsoft is a Mac-only developer. DiskWarrior supports macOS 10.5 through 10.15 (Catalina). The program is award-winning, safe and easy to use. It should be part of everyone’s toolkit.

Purchase DiskWarrior from the Alsoft website. Installation is the same as any other program purchased outside the Mac App Store – download the DMG file, then double-click  it to install.

The software requires a serial number to run, which Alsoft sends via email, but installation took just a couple of minutes. 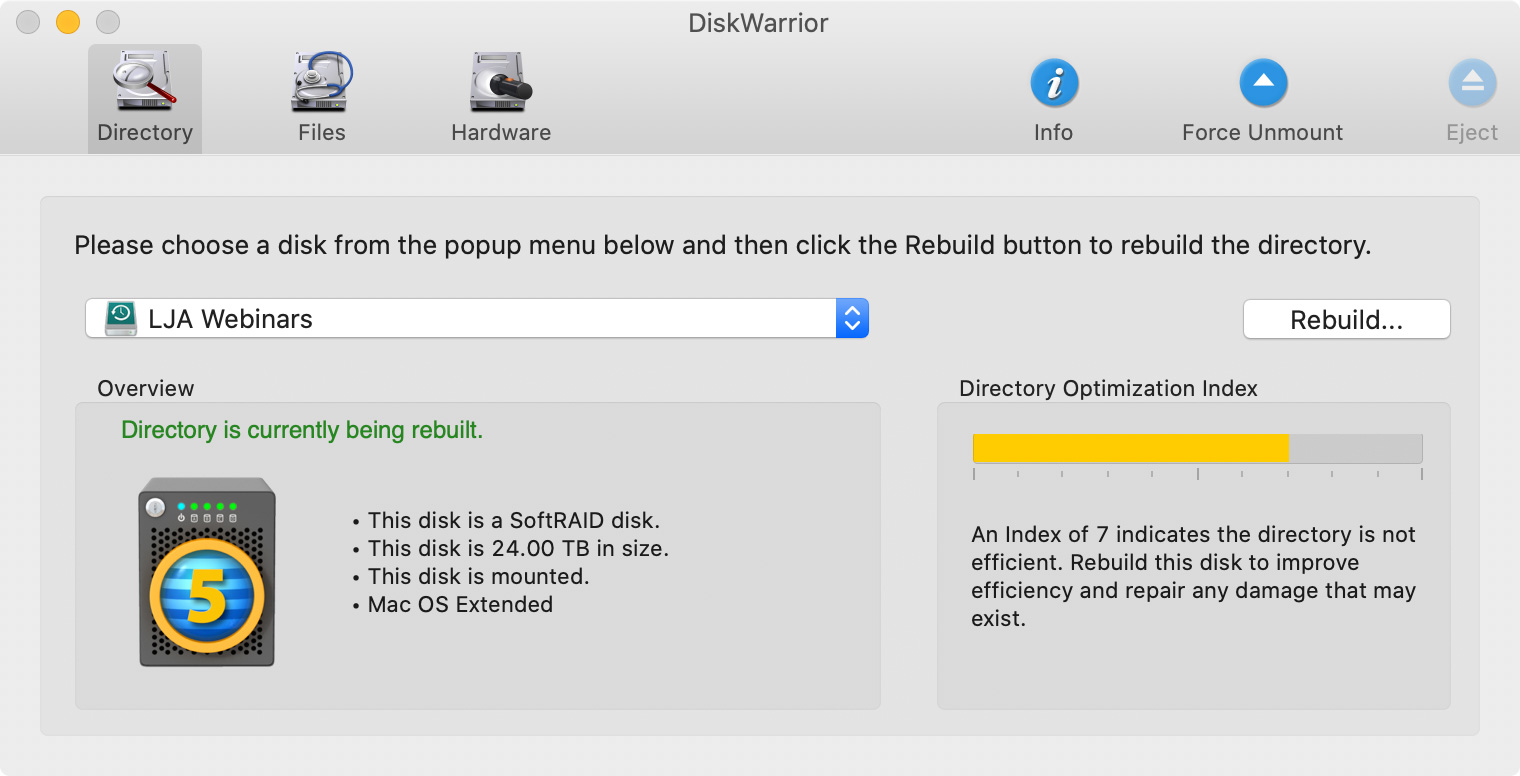 The software can repair disk directories (the default setting), files, and check your media hardware. Truthfully, I’ve only used DiskWarrior to repair directories.

Select your hard disk or RAID, remember the current version will not work with internal APFS drives, and the thermometer on the right shows the current chaos level of your storage.

The more disorganized RAID took six hours to repair. The less disorganized one took 20 minutes. So, the time of the repair will depend upon the state of your directory and  files.

NOTE: I was really puzzled why one RAID took six hours to fix, while the other, similar, RAID took about 20 minutes. The reason, I discovered later, was that the first RAID had more than 4 MILLION files on it. (I was using it for Time Machine backups.) With that many directory entries to verify, no wonder it took so long!

During this analysis and repair, a LOT of data is moving between the computer and RAID. In this screen shot, data transfer is close to 300 MB/sec. I saw speeds approaching 600 MB/sec when my fastest RAID was being analyzed. 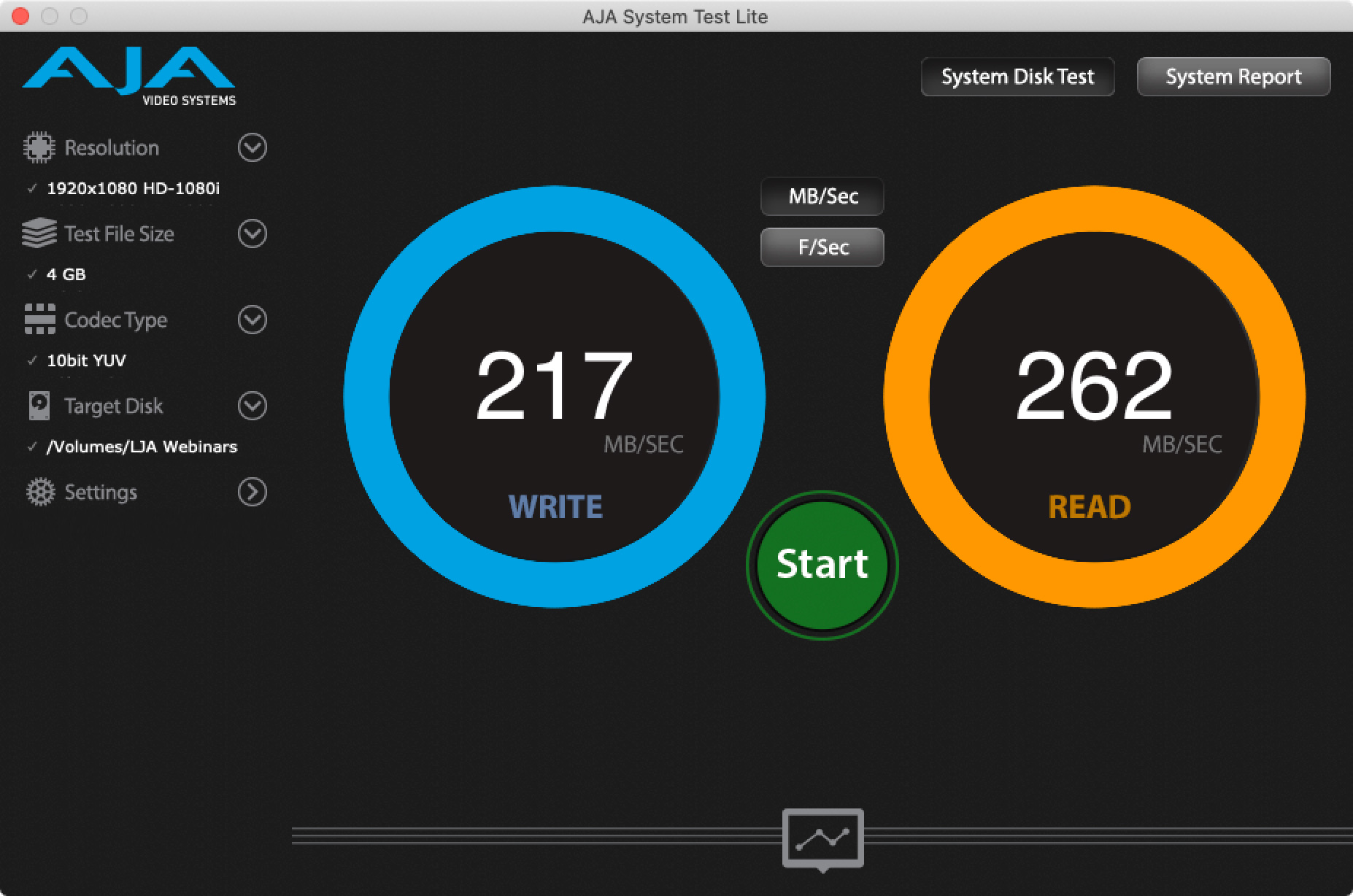 Here is the speed of the drive before starting the repair. 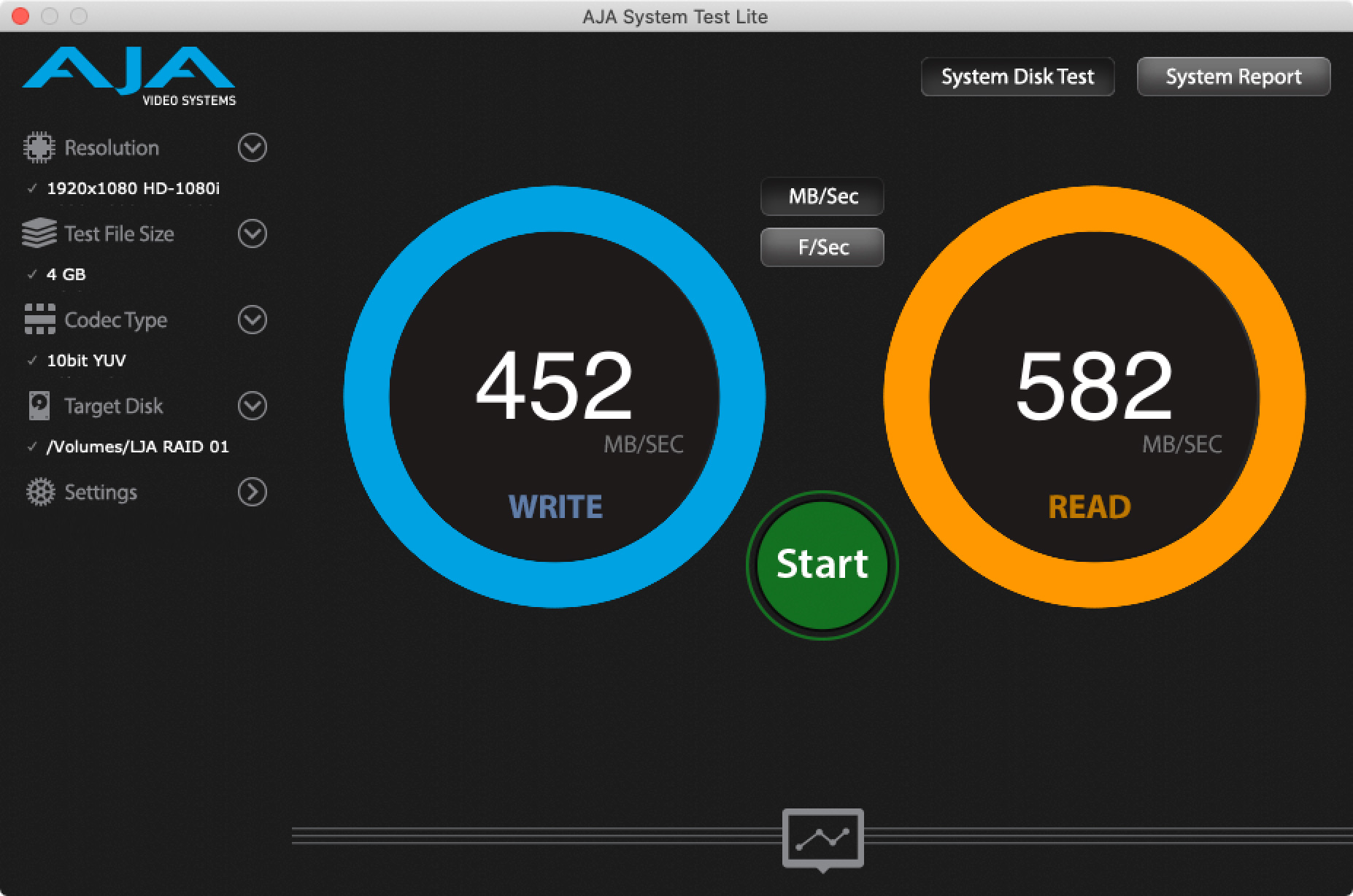 Here is the speed after repair was complete – a 122% improvement!! I was stunned at the difference. 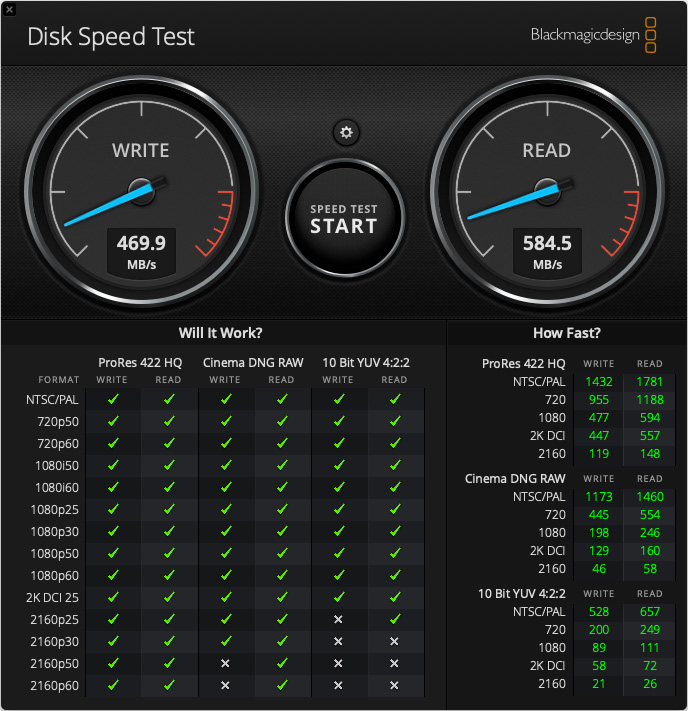 Here are the specific numbers from Blackmagic Disk Speed Test. The improvement was amazing. 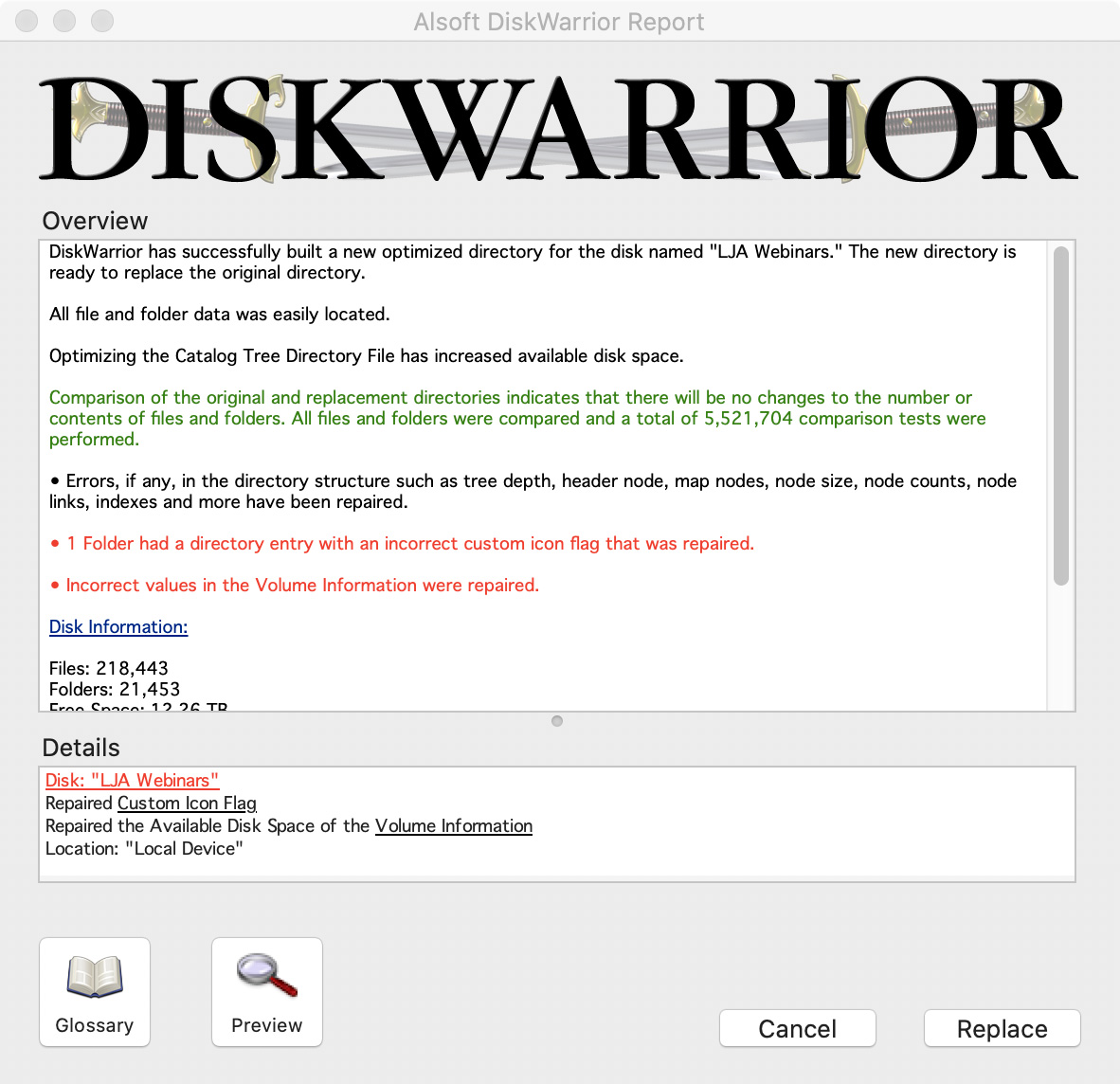 DiskWarrior even provides a report explaining what it found was wrong and how it was fixed.

Keep in mind that every system is different and your numbers won’t match mine. But the performance difference was so striking, I wanted to share the benefits of using DiskWarrior.

Disk Warrior is an essential Mac-based trouble-shooting, repair and optimization tool for any Mac system accessing spinning hard drives. I’ve used it for years and highly recommend it.