Unlike “normal” still images, working with a layered Photoshop (PSD) file in Adobe Premiere Pro provides a variety of options that can be useful in a video edit.

As well, Premiere gives you import options that don’t exist with any other clip. Let me illustrate.

Here’s the image in Photoshop. It consists of four layers:

To import a Photoshop file, like any file, type Cmd + I (Control + I on Windows), or use the Media Browser.

This opens the Import Layered File window, with four options: 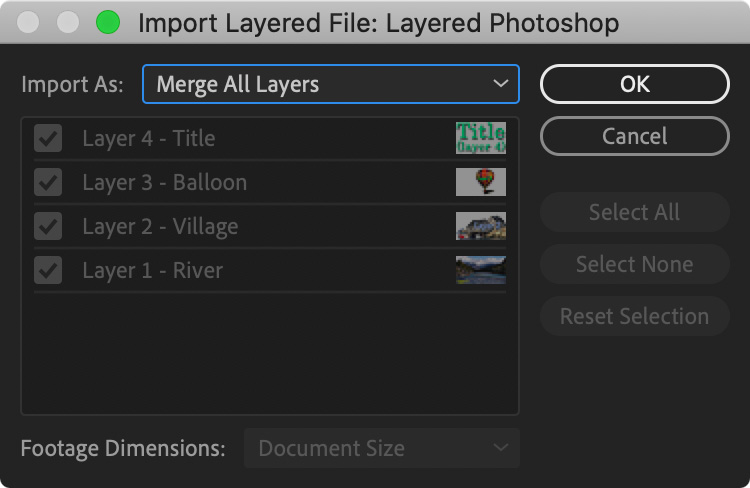 This converts the separate layers in the document into a single, flattened PSD image. This is a good choice when you need to be sure that the entire image is displayed. 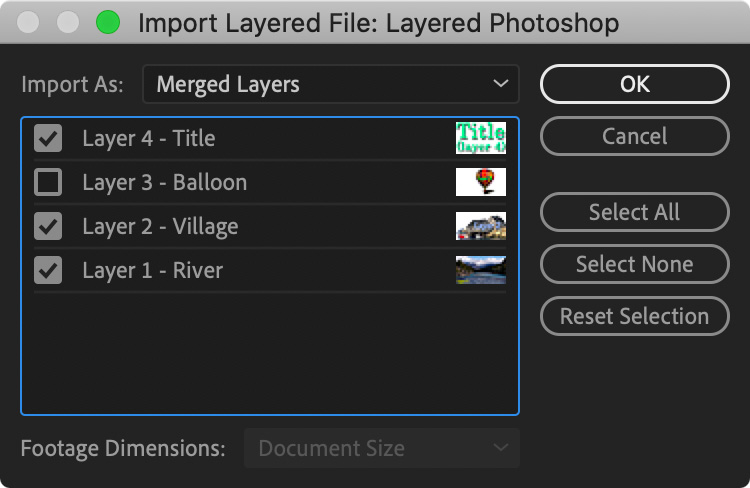 Like Merge All Layers, this creates a single, flattened PSD image, but you chose which layers will be combined. This is a good choice when multiple versions are stored in the same image.

NOTE: Most Photoshop images contain dozens of layers. The buttons on the right simplify checking, unchecking or resetting the status of all the layers in the image. 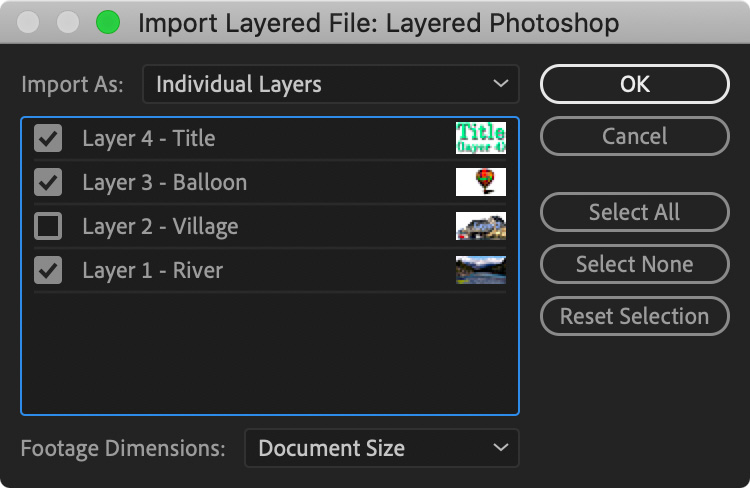 This imports each layer as a separate image into a bin containing one clip for each source layer. This is a good choice when there is no relationship between the layers and you need to manipulate each layer separately.

NOTE: When you import one layer as a single clip, its name in the Project panel consists of the layer name followed by the original filename. 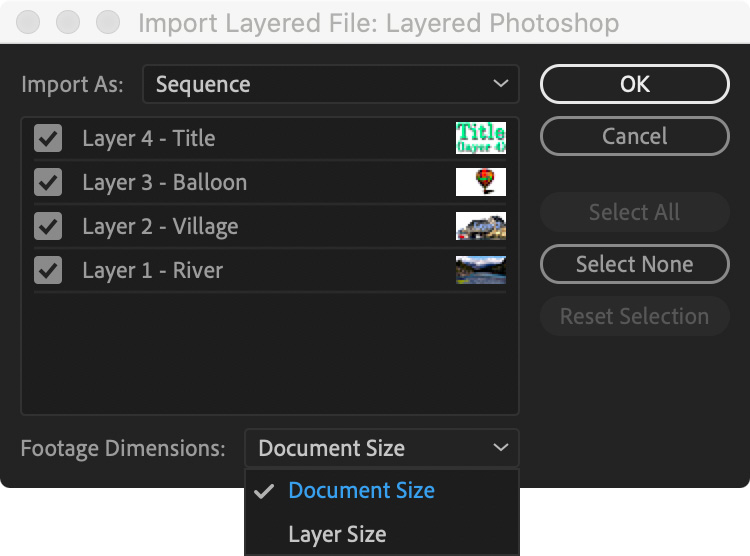 This imports the image as a sequence where each Photoshop layer is a separate layer in the sequence and stored in its own bin. This is a good choice when you want to adjust timing or animation of each layer separately, while still keeping them together in a single place.