Working with Captions and Timecode in Adobe Premiere

[ This tutorial first appeared, in shorter form, as part of The Inside Tips.com. ]

This tutorial started with a conversation with JZ about caption timecode. He had a caption file with timecode starting at 0:00:00:00. The problem was that the captions should actually start a few seconds later.

Captions, in Premiere, are stored inside a single clip; one clip for each language or format. 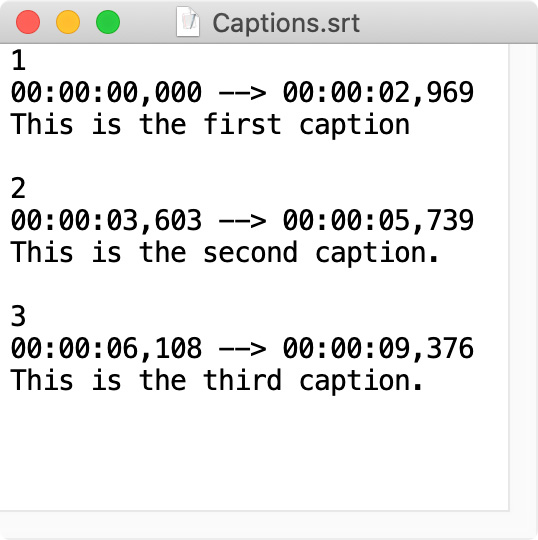 Here’s an example of an SRT caption file. Notice that the timecode starts at 0:00.

NOTE: You can open any SRT caption file using Text Edit on the Mac, or any text-editing software.

However, the captions  originally started at 4:06 in the timeline.

This timecode disconnect happens when you select a caption file in the Project panel, then choose File > Export > Captions. The caption file is exported without regard to its location in the timeline and the starting timecode is set to 0:00:00:00.

An SRT caption file is like any other video file – except it contains captions. Caption timecode does not matter when you import into Premiere, only when you export.

NOTE: Because Premiere authors video, it ignores caption timecode when placing the caption clip. However, video players and social media platforms will match captions to the video automatically based on the timecode for each. For these, you need accurate timecode on your captions – which I’ll cover shortly.

Just as you can put a video clip anywhere in the timeline – regardless of the timecode of that video clip – you can do the same thing with a caption file. The key is to determine where the caption file is supposed to start. 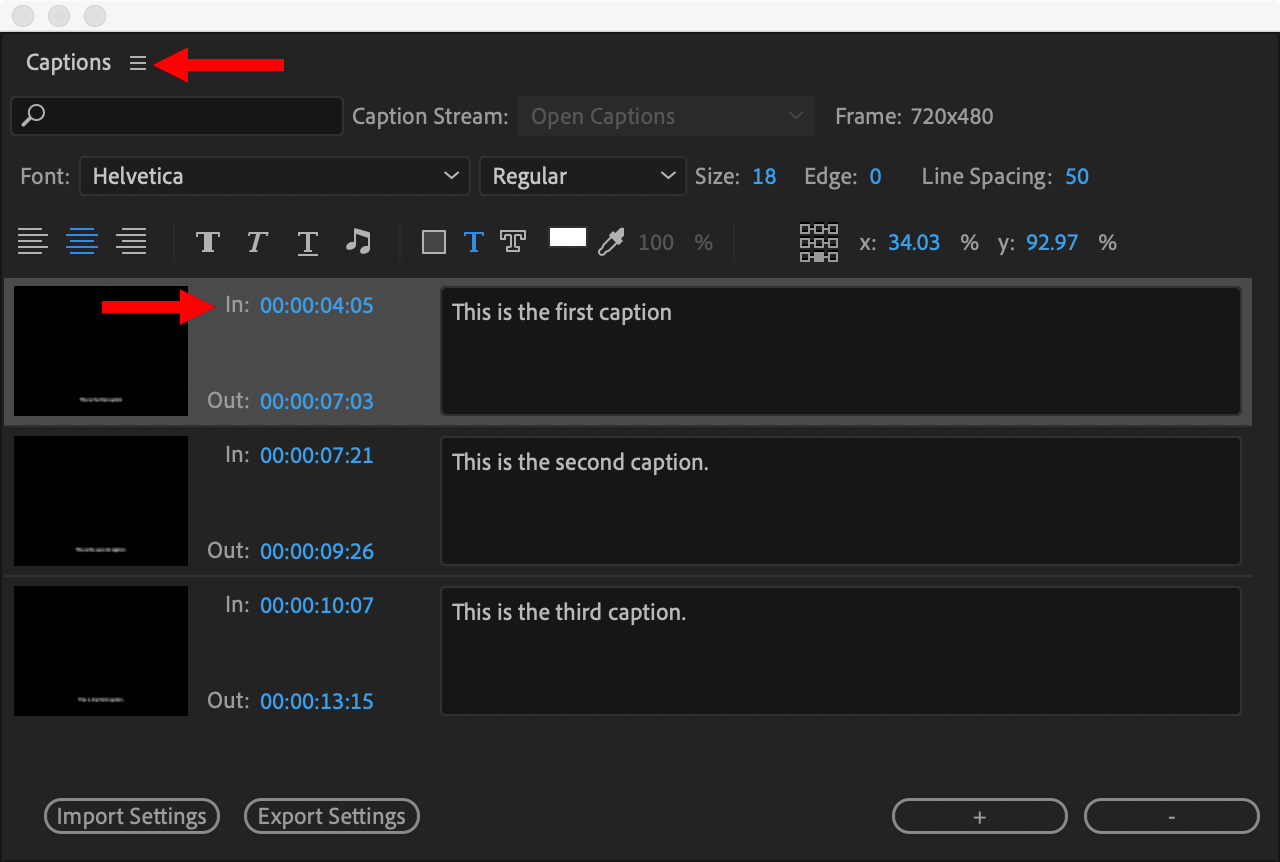 This means that after you import a caption file:

NOTE: Remember, captions always need to be on the top track in your sequence.

When you need the caption file to match the timecode of a sequence, you need to export captions a different way. Once captions are finished and placed in a sequence, choose File > Export > Media (Shortcut: Cmd + M).

NOTE: Most of the time, you will want to turn off SRT Styling. Most social media platforms don’t support styled captions.

This creates a separate SRT caption file whose timecode matches the sequence. This is the file that needs to be sent to social media or other distributors.

One Response to Working with Captions and Timecode in Adobe Premiere