Configure the 2019 Mac Pro for Video Editing [u]

In thinking about this new system – a lot – I realized that, while my work doesn’t require a Mac Pro, I certainly WANT one! Let me share my thinking with you – feel free to add your opinions in the comments.

Apple deserves MAJOR congratulations for designing, building and releasing the new Mac Pro. Virtually every one of our power requests has been granted… except the standard consumer complaint that we always want everything to cost less.

Apple describes the 2019 Mac Pro as a system “with the greatest performance, expansion, and configurability yet, it is a system created to let a wide range of professionals push the limits of what is possible.

“Mac Pro is designed for pros who need the ultimate in CPU performance. From production rendering to playing hundreds of virtual instruments to simulating an iOS app on multiple devices at once, it’s exceedingly capable. At the heart of the system is an Intel Xeon processor with up to 28 cores — the most ever in a Mac. In addition, large L2 and shared L3 caches and 64 PCI Express lanes provide massive bandwidth in and out of the processor. (Apple website)

What is critically different from all other Mac systems available today is the degree we can customize this system AFTER we purchase it.

This means that we no longer need to decide, before we even start working with a unit, all the different hardware we MAY need in order to maximize its performance while protecting our investment for the future. With this new Mac Pro, as our needs evolve, we can add new gear into it.

This requires a big shift in how we think about purchasing an Apple system. 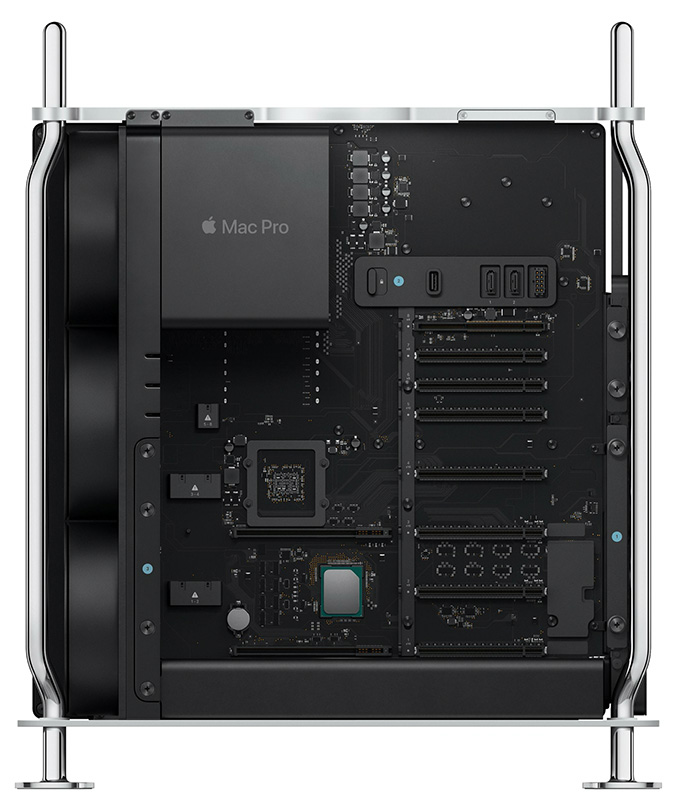 WHO SHOULD CONSIDER THIS SYSTEM?

There are many reasonable use cases for the Mac Pro, may of which don’t involve media:

I’m sure you can think of others.

Another big one is bragging rights. If you have the money, buying a Mac Pro is a STATEMENT. Especially if you are running a creative shop, there is no questioning your ability to push the envelop when you invest in one or more Mac Pros for your creative team.

The short answer, though, and probably the best, is that if you can’t get your work done on time and on-budget with the gear you have, you need to consider the 2019 Mac Pro.

Yes, the press got a large laugh out of fully-configuring the Mac Pro and watching it top out over $50,000! I know that the first thing I did, when Apple released its pricing, was to see how much a fully-loaded system would cost.

But, that misses the point. Very, very few of us and no video editor I know of, would need a fully-loaded system. Rather, we need a system that’s optimized for the work we need to get done.

For film-makers, that allows us to leave out the most expensive options: excessive RAM, excessive SSD storage and excessive GPUs. Apple needed to provide these options to prevent all the nay-sayers from asking: “Is THAT all you did???” But simply because these options are available does not mean that the work we do needs them.

If you have the money – buy whatever you want! The Mac Pro is amazing and, if I had the money, I’d buy two!  Sales will encourage Apple to release more upgradeable systems. But when budgets intervene, we need to look at the best way to balance performance vs. cost. 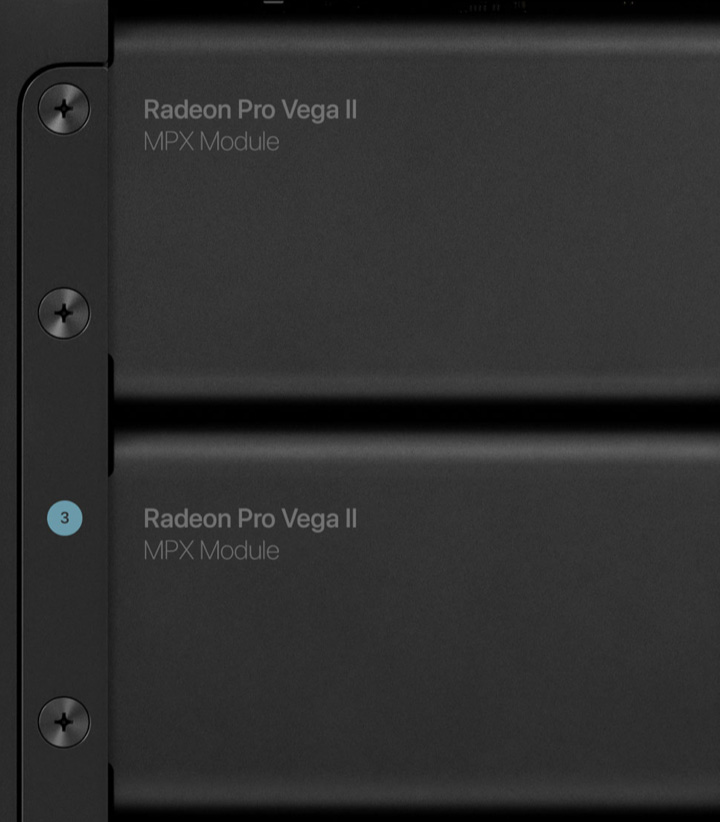 DO YOU NEED AFTERBURNER?

If you are editing 4K or smaller media frame sizes, you won’t see enough increase in performance to justify spending $2,000 for a video-optimized graphics card. As frame sizes increase beyond 4K, the Afterburner card will help – but converting to a proxy workflow will achieve the same performance benefit without the additional cost.

NOTE: Keep in mind that Afterburner only accelerates ProRes files. If you are working with MXF, RED or other media, Afterburner won’t help – while adding another general purpose GPU to the Mac Pro will.

While it is very cool to say: “I edit 8K multicam video natively!” my first question would be “Why?” There are so many better ways to work with media files that size. On the other hand, Afterburner is designed for those edge cases that are working with 8K ProRes media in real-time for live productions. In which case, this card becomes essential.

UPDATE (4/19/20): Here’s a more detailed look at AfterBurner, which I wrote after writing this article.

Apple just released the Radeon Pro W5700X graphics card as an option for the 2019 Mac Pro.

The AMD Radeon Pro W5700X GPU comes in two options when customizing a Mac Pro: A single graphics card with 16 GB of GDDR6 memory for $600 USD, or a dual option for $1,000. If you’ve already purchased a new Mac Pro, and want to take advantage of the W5700X graphics card, Apple lists the single GPU option on their site for $1,000.

Both the 5700 and Vega II support the same number of ports, same number of external monitors (with the exception of the ProDisplay XDR, where the Vega supports one less than the 5700), and roughly the same power consumption.

If you know you need top of the line GPU power, go right to the Vega II. However, for most editors, based upon the specs provided by Apple, the W5700X provides an excellent value with solid performance that’s worth spending the extra dollars to get.

NOTE: 10-bit HEVC is still software encoded, and the faster your CPU, the faster the encode. 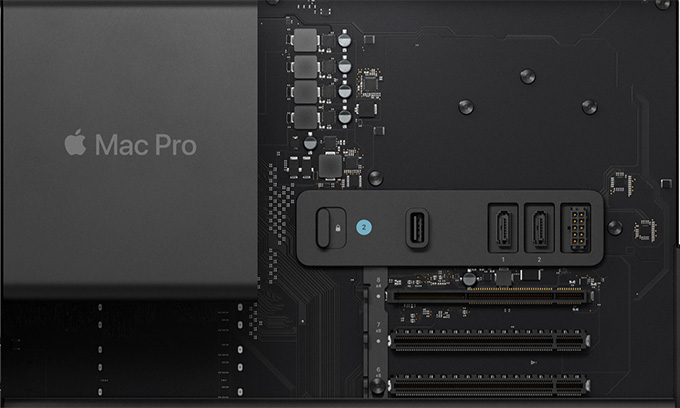 SO WHAT DO I RECOMMEND?

Unlike analyzing large data sets, or compiling programs measured in gigabytes, media editing is always stop and start. With any creative process, you need time to think. During those times when you’re thinking, the computer is calculating behind the scenes.

The 2019 Mac Pro is a monster machine, but we don’t need to fully load it to speed our work. And that’s an important point: The Mac Pro delivers speed, not higher quality.

Here are my thoughts:

NOTE: Here’s a tip on how to track memory use on a Mac.

These suggestions create a powerful system targeted at media editing for only $8,299 (US). While not cheap, this is a far cry from the initial reports of a $50,000 system. (And about $2,000 less than my original recommendation using a single Vega II card.)

While your needs may not match my suggestions, here’s my central point: the Mac Pro delivers high-performance in an expandable chassis. By thinking about what you need to get started, rather than where you may potentially end up, you can take advantage of the power the Mac Pro provides without breaking the bank.

After that, you can expand as your needs require.