Motion Tracking Problems in Adobe Premiere Pro – and a Workaround

As I was preparing last week’s webinar covering some advanced features in Adobe Premier Pro, I thought it would be fun to revisit a long-time favorite of mine: visual effects motion tracking.

Except, recently, this seems to have broken. Tracks that used to be easy to create now fixate on elements in the background.

So the purpose of writing this article is to bring this issue to your attention, provide a workaround, and, hopefully, suggest to Adobe they look at this feature in more detail. 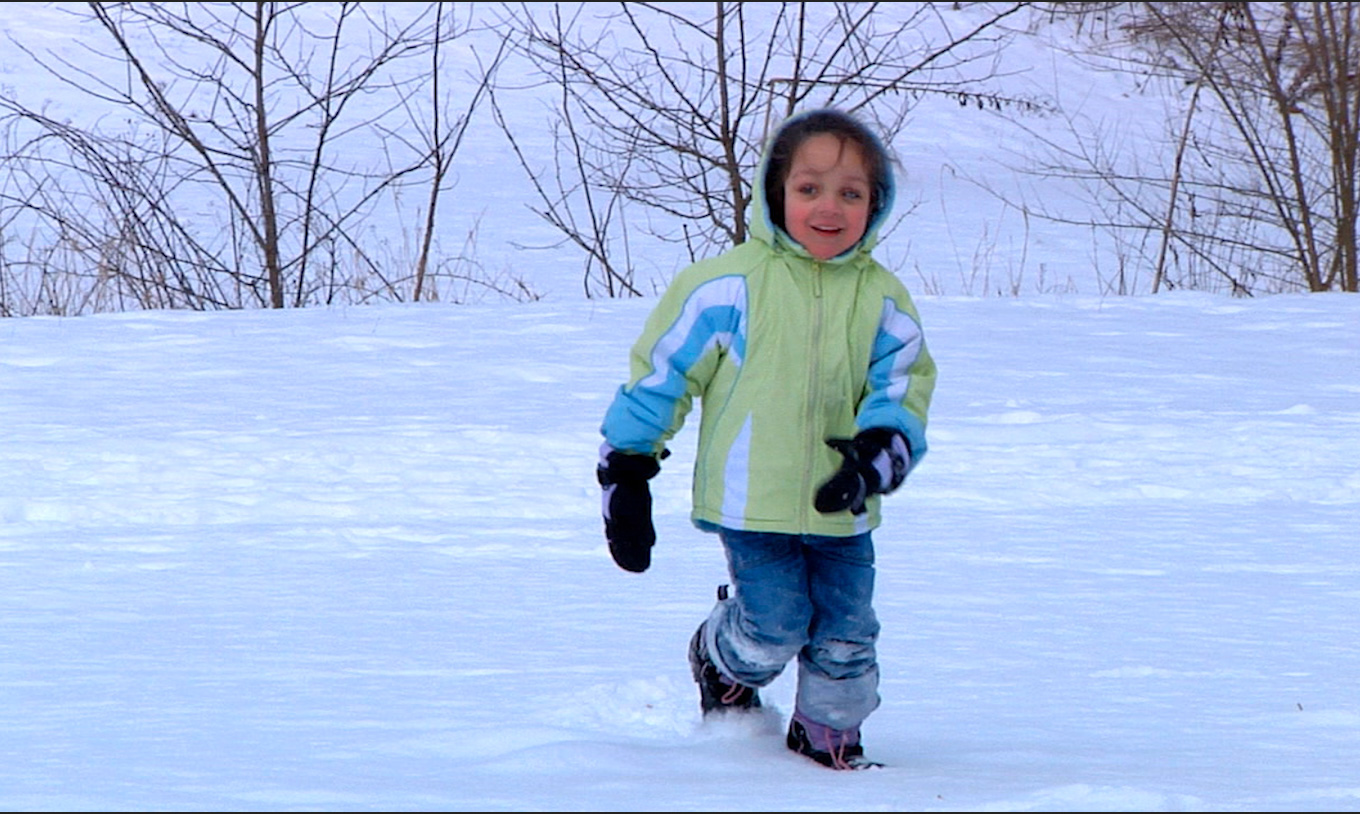 Here’s my first example, a cheerful urchin running in the snow. (This clip came from Pond5.) To show how this works, let’s apply a simple opacity effect to isolate her upper body. 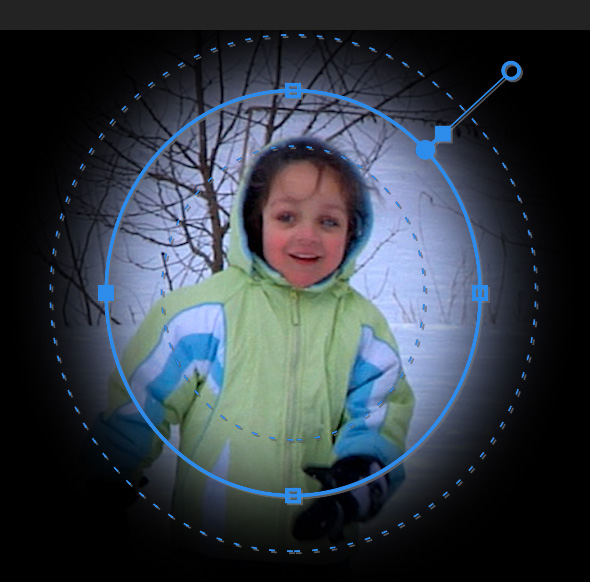 NOTE: For effects of this type, keep your boundaries somewhat loose and use some feathering. Masks in Premiere do  not support rotoscoping.

NOTE: The speed of creating the track is based upon the speed of your CPU, the duration of the clip, the size of the track and, I’m sure, other elements. It will generally be faster than real time. 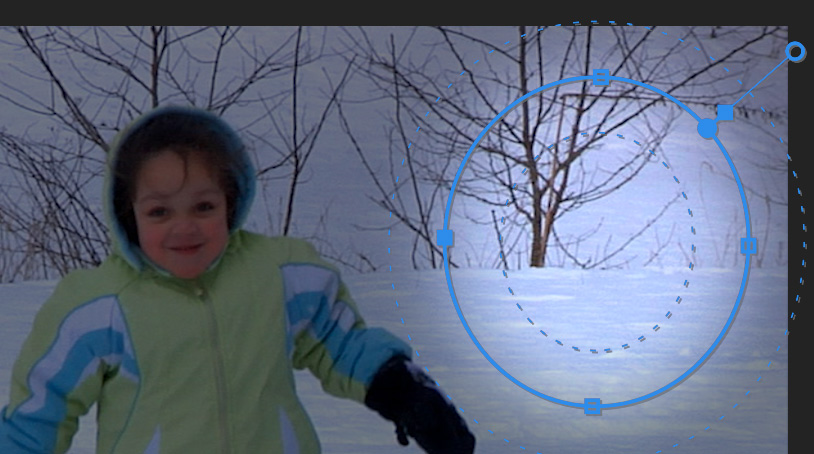 However, while this track has worked perfectly in the past, now, the tracker gets distracted by the tree in the background and quickly wanders off the girl to concentrate on the position of the tree.

NOTE: To make the tracking error easier to see, after completing the track, I added a second layer and decreased its opacity. 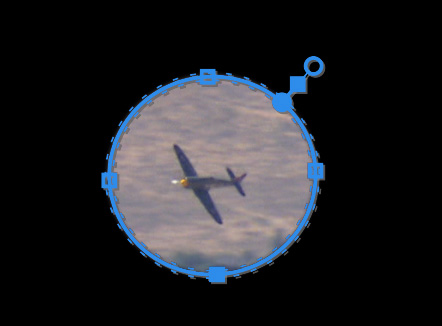 Here I have a clearly defined plane, dark, to separate it from the background.

Following the same process outlined above, I added a small oval mask for opacity.

When I click the right arrow to start the track, the tracker instantly loses sight of the plane and concentrates on the tops of trees at the bottom of the oval.

NOTE: As before, after the track was complete I added a second layer and faded it back so you could see how far off the tracker actually was. 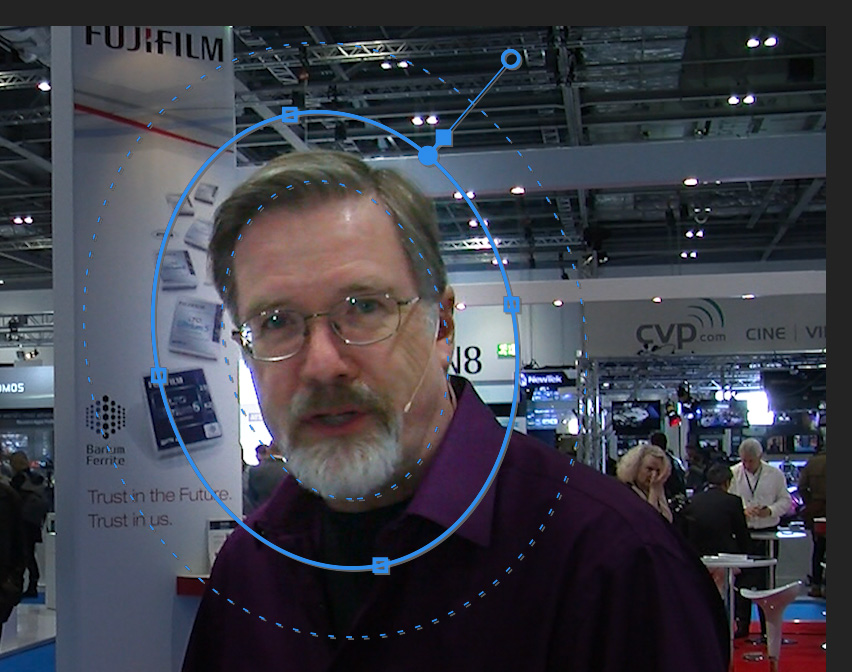 In this example, I created an effect using the Lumetri color panel to bring some light back to my face (I, ah, forgot to bring a light to the location.) 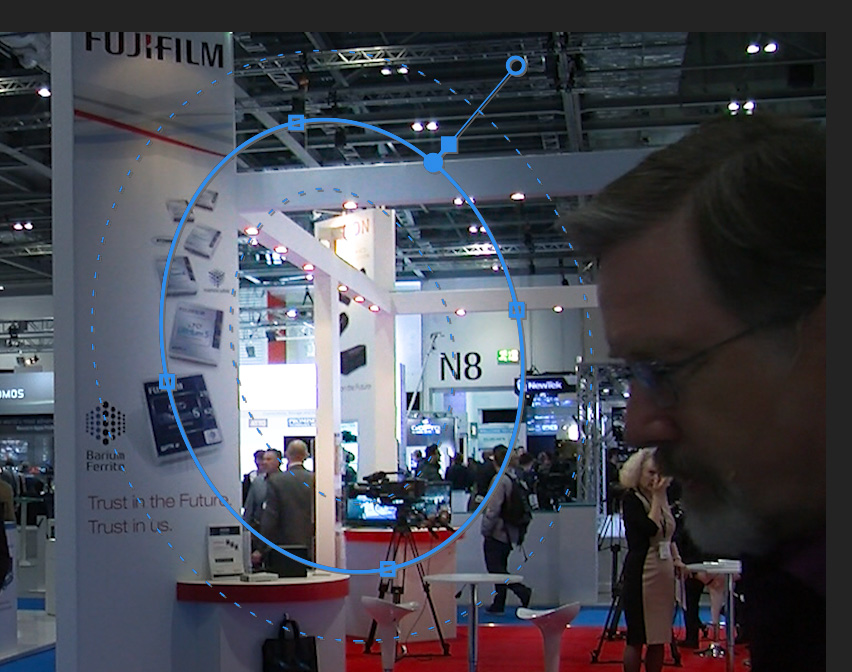 Except, the tracker gets distracted by the background and never tracks my face. At all. In fact, it barely changes position.

Because I have yet to find an example where tracking works accurately, here’s the workaround.

Slowly move the playhead through the clip. As you do, drag the mask in the Program Monitor to whatever position is necessary to keep your tracked object inside the mask. You generally don’t need to set this for every frame, simply keep track of general movement.

NOTE: The right red arrow indicates keyframes that were created manually by dragging the mask. 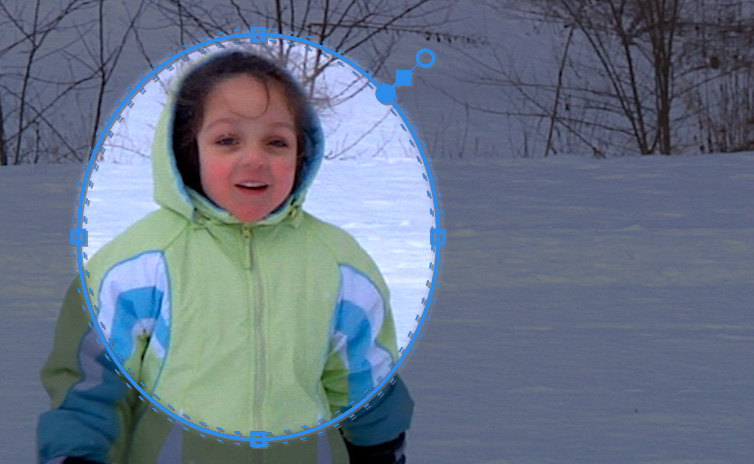 Because you set the first keyframe by clicking the Stopwatch icon, any new movement of the mask position automatically creates a new position keyframe for the mask.

Moving masks manually takes a bit more time, but in all cases that I’ve seen so far, it will be faster to create a traveling mask manually than to use the automatic mask tracking tool built into Premiere Pro.