As I was researching a recent webinar on all the new features in Final Cut Pro 10.5, I re-discovered the Comparison Viewer. This feature, which first appeared in FCP 10.4.4, is easy to overlook, but really helpful when you are doing color grading.

Let me show you how this works.

Here’s a dramatic scene that I want to color grade. Because I want to compare the flow from one shot to the next, it would be really helpful to see more than one clip on-screen as I’m grading. That’s where the Comparison Viewer comes in.

This displays the Comparison Viewer to the left of the Viewer. 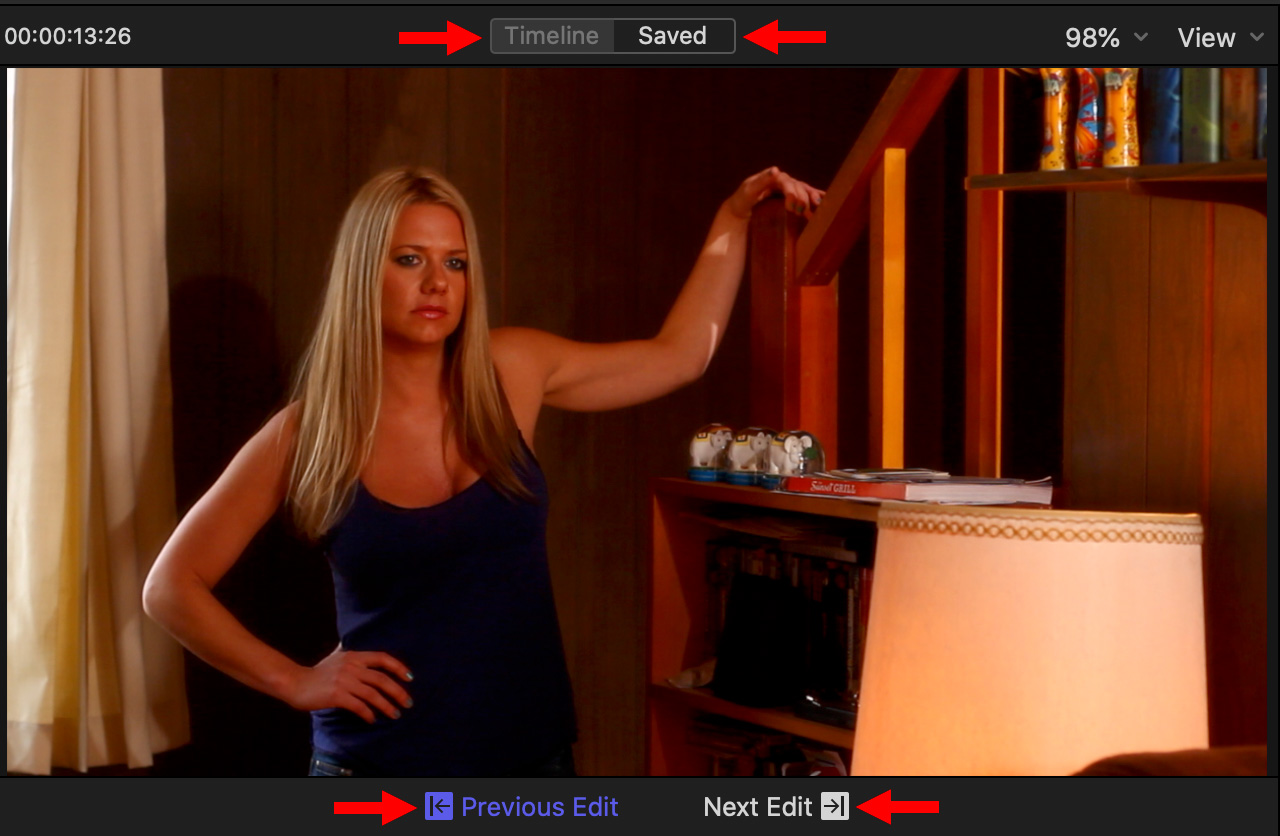 There are four key buttons in this screen:

The Comparison Viewer only displays stills. However, when doing color grading, that’s all you need.

As an example, let’s say I want to give this scene the feeling of a memory or flashback. (For this screenshot I applied Effects > Looks > Dry Heat to the left-hand clip.) 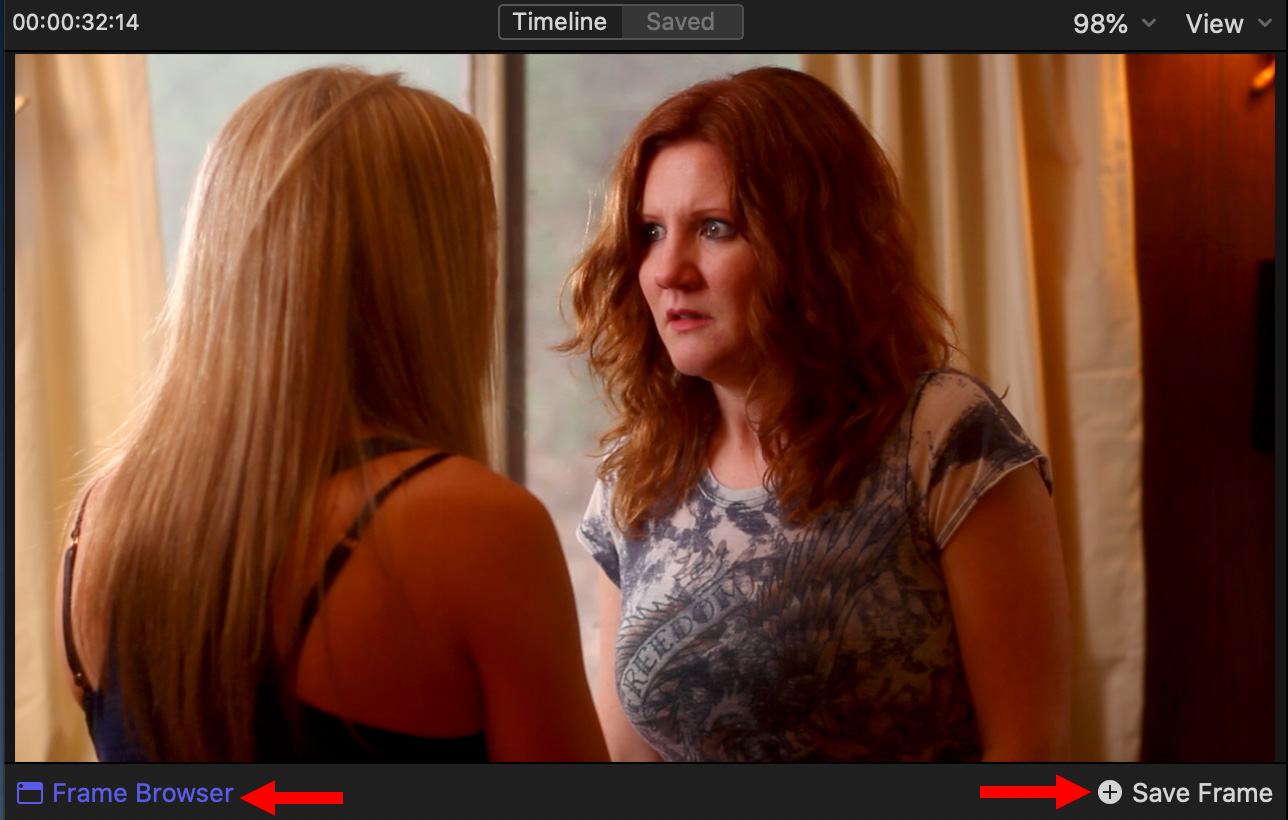 When you switch to the Saved button at the top, you can save a frame from the timeline by clicking the Save Frame button.

To review and select a specific saved frame, click the Frame Browser text button and select the image you want.

NOTE: You can save up to 30 still frames.

While there are no keyboard shortcuts to switch between Previous Edit and Next Edit, there are several other unassigned shortcuts that can make using the Comparison Viewer even faster.

The Comparison Viewer is tricky to find, but very useful once you open it; especially when you are trying to compare the look between multiple shots.