The Ken Burns effect does a move – a pan, tilt, zoom or combination of all three – on an image.

While this effect can be used on video clips, you’ll get the best results using it to create moves on high-resolution stills. 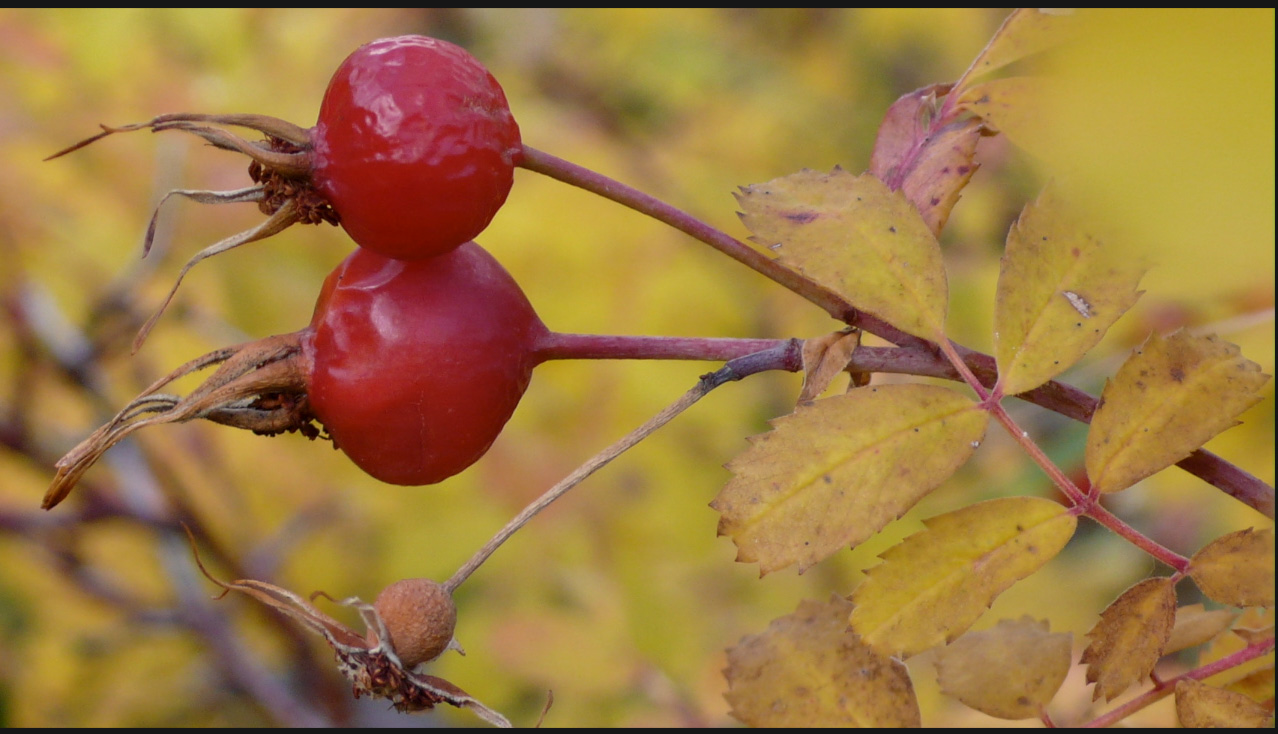 Here’s my first example: An image that fills the frame. I want to create a move that zooms from full frame into the berries. 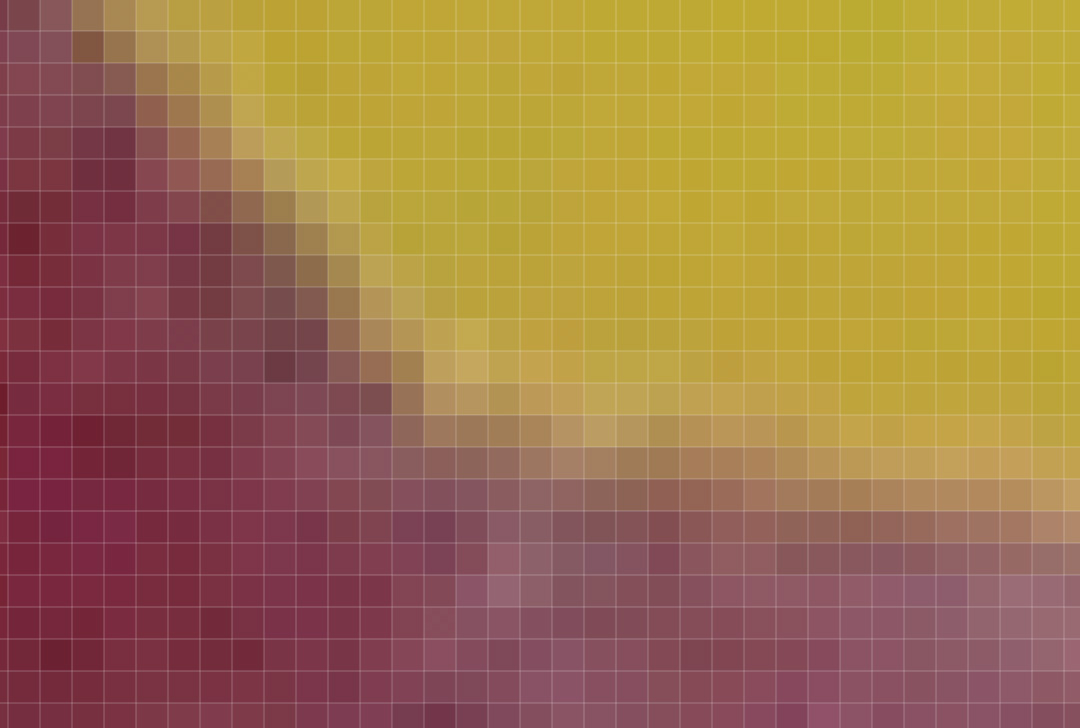 Understanding bitmaps is essential to getting good results with the Ken Burns effect. All digital images – both still and moving – are composed of bitmaps. Bitmaps are rectangular grids of pixels, which are fixed in size and resolution.

The upshot of all this is that scaling images smaller does not damage image quality, while scaling images larger makes them look blurry – because we are stretching fewer source pixels across more space than they were originally captured to fill.

To compensate for this, if we know we are going to zoom into (enlarge) an image, we need to create an original source image with more pixels than the frame it will fill.

For example, if I want to zoom into an image so that the image doubles in size, or I want to start at the bottom of an image and tilt up to the top, I would need to create a source image with more pixels to accommodate the zoom or tilt.

Here’s a table with some potential image sizes.

NOTE: While Final Cut Pro X does not have a specific limit to still images, I’ve run into problems when importing images with more than 10,000 pixels on a side.

Keep this need for higher resolution stills in mind when creating your images. This is why video does not work well with a Ken Burns move – video doesn’t have enough pixels in each frame to move around an image.

Here’s how to create a Ken Burns effect using the image I illustrated at the beginning of this tutorial.

NOTE: You can also select this option from the Crop section in the Video Inspector, but I find this small menu faster. 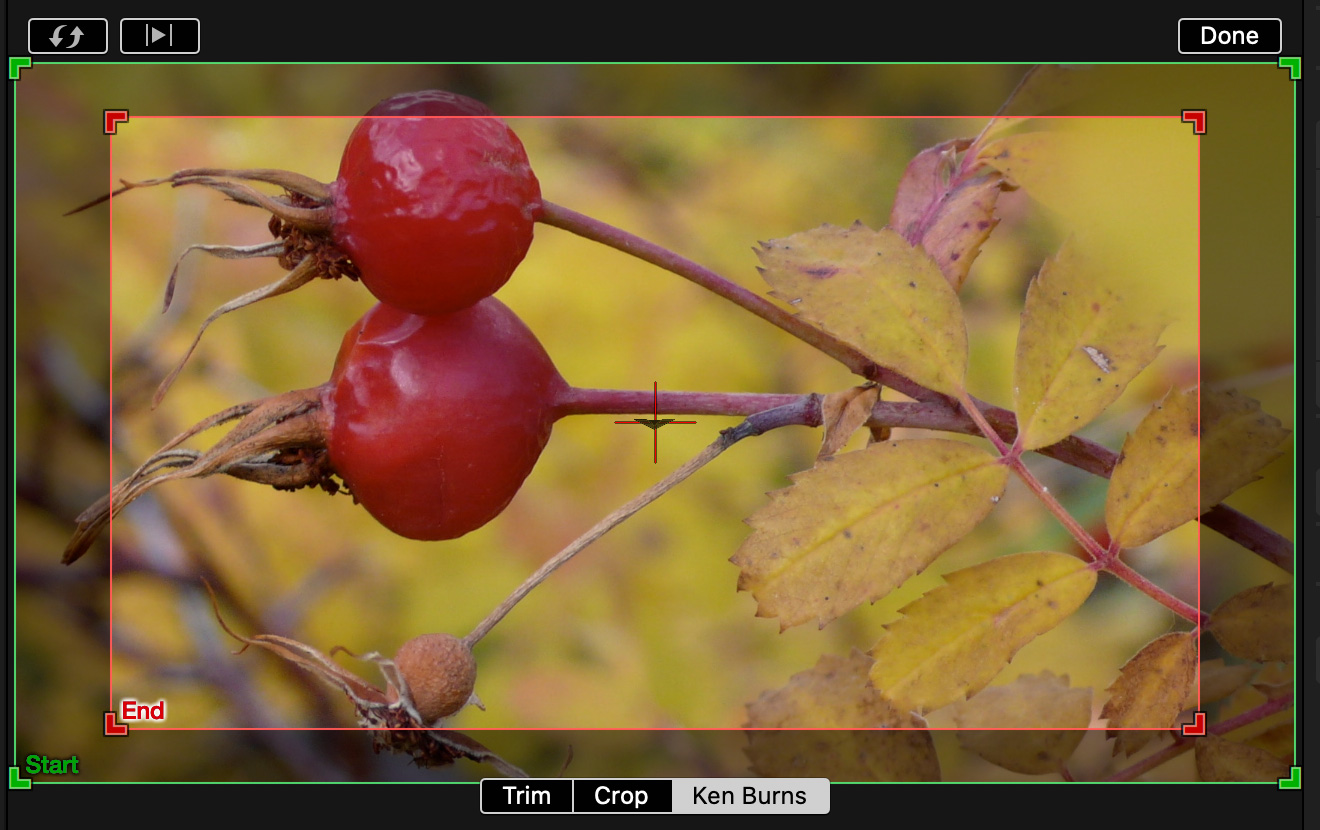 NOTE: The Ken Burns effect always begins at the first frame of a clip – even if that frame is under a transition – and ends on the last frame of a clip. If you need the move to start or end in the middle of clip, you’ll need to use keyframes to animate position and scale settings. 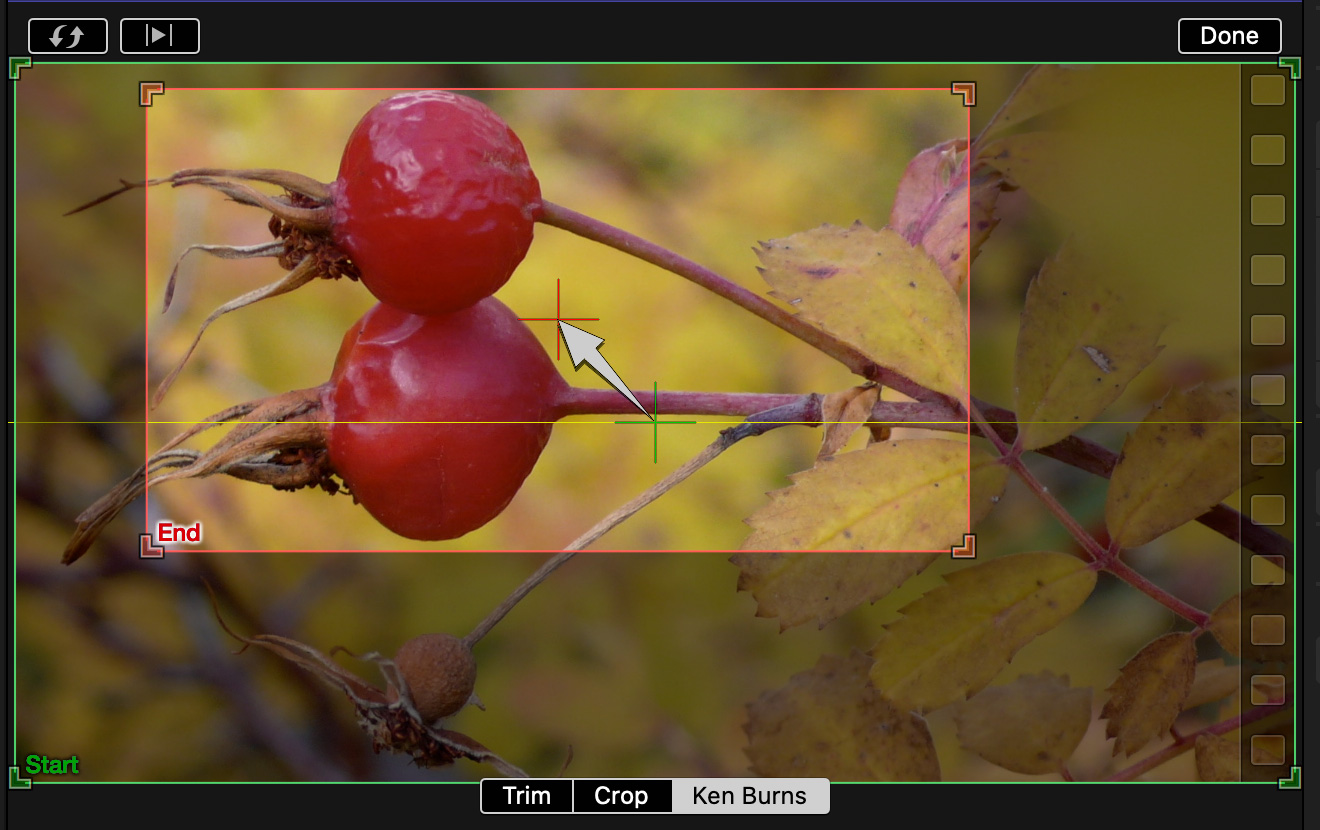 NOTE: The Ken Burns effect creates video that must fully fill the frame at all times. For this reason, we can’t rotate images or scale outside the image itself.

To re-display the Ken Burns boxes and controls, click this icon at the top of the Crop box in the Video Inspector. (Blue means the on-screen controls are displayed.)

By default, the Ken Burns effect starts and ends slowly. To change acceleration, control-click anywhere inside the frame and select the option that works best for your project.

I tend to like Linear, but that’s purely a personal preference and depends upon the direction of the move. 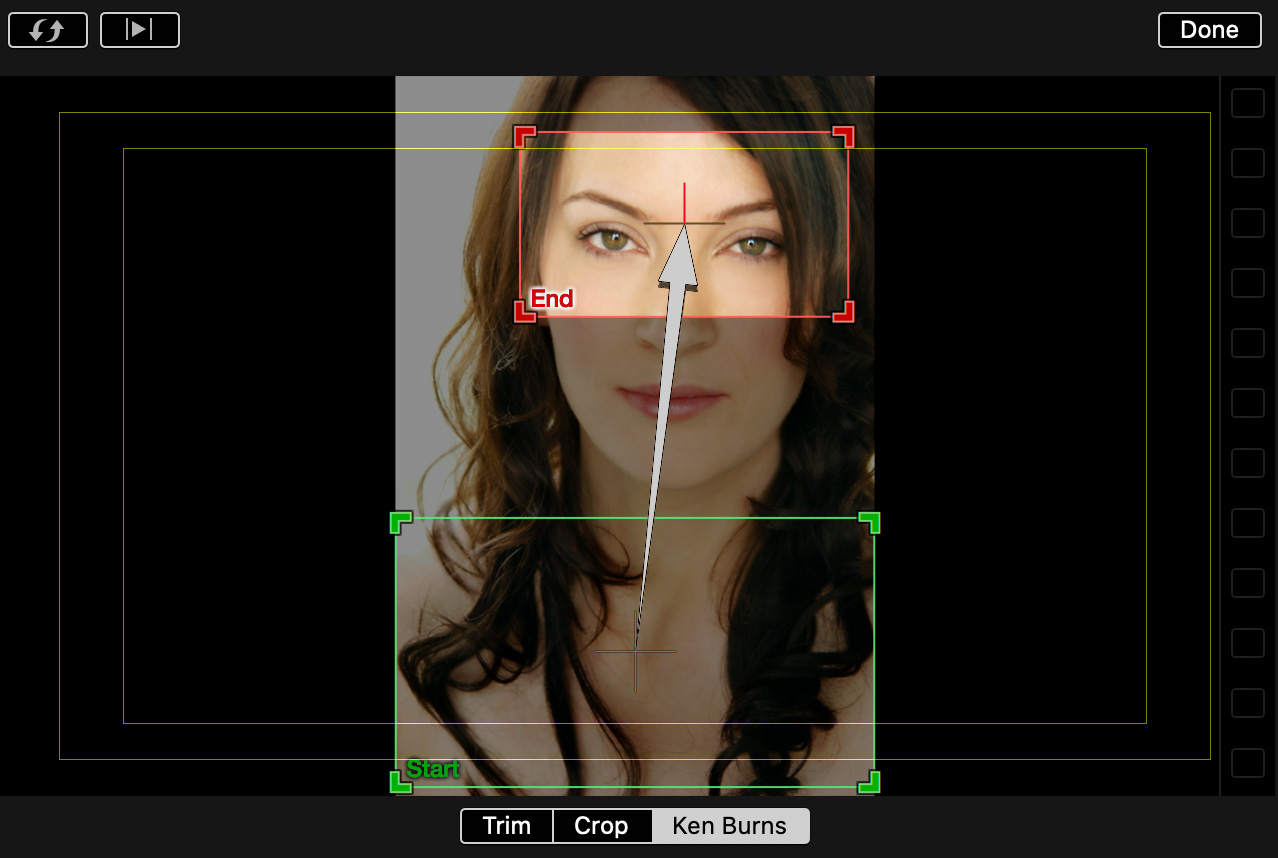 You can use the Ken Burns effect for vertical images as well. In this screen shot, I turned on Safe Zones, so you can see the edge of the frame in the Viewer.

NOTE: Don’t worry about black on the edges, you’ll fix this next.

WHEN TO USE KEYFRAMES

The Ken Burns effect makes creating moves on stills very easy. However, there are several situations where it will make more sense to create moves using keyframes:

The Ken Burns effect makes creating moves on still images fun and easy. When used properly it can quickly bring a still image to life.

As with every effect in Final Cut, the Ken Burns effect works best when used sparingly and where the speed of the move does not call attention to itself.