I’ve been thinking recently about how much tech marketing is driven by “Fear of Missing Out” (FOMO). Rumor sites are in the business of generating page views. To do that, they constantly need something new to talk about so viewers keep coming back to their site.

To create a new post, a rumor doesn’t need to be true, it simply needs to be.

I smile when I read headlines like: “Everything we know about the iPhone 14.” Actually, we don’t “know” anything. We may suspect, we may suppose, we may even guess. But we don’t know until Apple announces their latest gear. But headlines such as: “Everything We Guess Might Possibly Be Announced With the iPhone 14. Maybe.” don’t generate the same level of clicks. 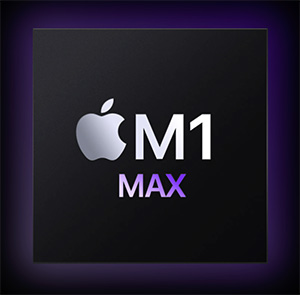 Everything is guesswork until Apple actually announces something. For any of a number of reasons, Apple may delay, remove, or modify any hardware or software feature listed as “certain” on a rumor site. You don’t need to actually know anything to start a rumor.

Those thoughts are on my mind these days. Ever since Apple announced the Mac Studio I wanted one. Between the extra ports, faster Ethernet, and raw power of the device, I was hooked. But, with shipping times extending out to three months, I realized that I would need to wait.

So I spent that time thinking about the best system configuration to meet my needs. This helped me realize the difference between what we need and what we want. For any video editing that I’m likely to do, the M1 Max is more than powerful enough. Yes, the M1 Ultra is far, far sexier, but that extra power isn’t needed for video editing. 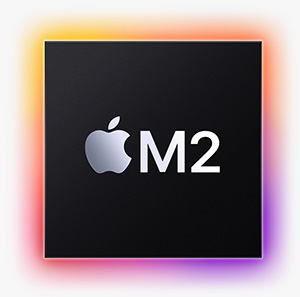 Then, in the middle of this thought process, rumors of the M2 family started to emerge. Headlines screamed: “Everything We Know About The M2 – Including the Pro/Max/Ultra/Extreme/Cataclysmic.” (Um, no, there’s no Cataclysmic chip. I made that up. I can start rumors too.)

Maybe, I thought, maybe I should wait for the next iteration of the Mac Studio with an M2 chip. It would certainly be faster than the M1.

Faster? Certainly. Necessary? Not if the M1 Max already meets all my editing needs. We no longer need the mostest powerfulest computer ever made to edit video. Mid-range systems are more than capable.

But… what if the M2 has a special, hidden circuit of magical fairy dust that automatically recreates all those shots you missed during production. Wouldn’t that be cool?

And there it was. I was confronting FOMO itself. The Fear Of Missing Out.

What if the M2 is absolutely perfect in every possible way?

Sigh… FOMO causes us to lose sight of the real work we need the computer to do by distracting us with the fantasy of all the cool things that might be possible – if only we had the latest and greatest. Gear which is rumored, but not yet announced.

Rumor sites spawn FOMO daily. Their job isn’t helping us make informed business decisions. Their job is to endlessly speculate on what the future might hold – in hopes that we will continue clicking their breathless stories and build page views which drive advertising.

Rumor sites aren’t bad. I read them daily. Many of their reviews and news stories are helpful. But speculating on what Apple will announce is a smoke-and-mirror-filled rabbit hole that causes endless distraction. Until Apple announces a product, we have nothing to decide.

Don’t let the fear of missing out derail your buying decisions for the gear you need to get actual work done. Those tools already exist – even if some of them are back-ordered for three months. Fantasies are fun, but meeting deadlines pays the bills.