Philippa sent me a interesting question:

I have a topic that I would love for you to address – which is stutter, judder, or whatever you want to call it during credit rolls and pans.

I create short videos for clients for the web and occasionally they require a short credit roll. I have had trouble getting smooth rolls when working with 24 fps and even 30 fps sequences.

Can you please address this question in a future article?

The easiest way to think of credit rolls is to think, first, about gradients.

This is also true in rolling credits. 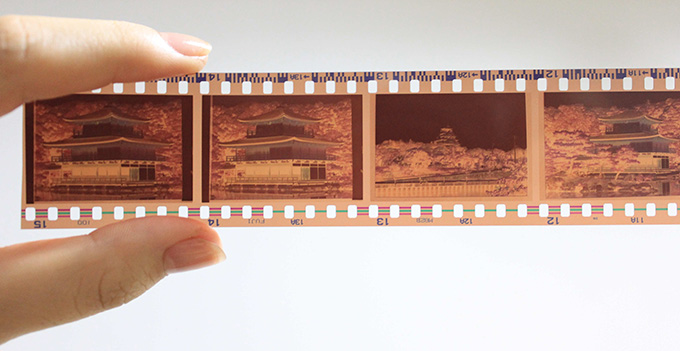 Even though we think of video as “moving,” in point of fact it is actually a sequence of still images that flash on the screen at a specific rate, called the frame rate.

Since these images change at a fixed rate, we get the smoothest scroll when we change the position of the text the same amount with each frame change. For example, we can move up 4 lines per frame, but we can’t move 3.5 or 7.3, because video can’t display partial pixels. “Judder” happens when we display differing amounts of movement between frames.

The problem is that neither Final Cut, nor Premiere, allow us to set credit roll speeds based upon lines per frame, which means we just need to guess.

NOTE: Broadcast systems, such as Chyron, have a setting that matches the roll speed to the frame rate of the video. This provides the smoothest possible credit rolls.

If you are shooting or editing interlaced footage, this problem becomes much worse. Because in addition to dealing with frame rates, you also need to deal with interlacing.

In Final Cut, there’s an Inspector option that will reduce flicker when you apply the Credit Roll text effect. Be sure to match the settings for your project – progressive or interlaced. I generally recommend against blurring credits. 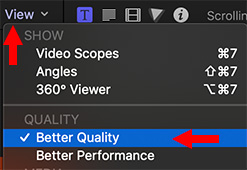 Also, before judging final results, make sure to set the View menu in the upper right corner of the Viewer to Better Quality.

NOTE: There may be a similar setting in Premiere, but I couldn’t find it as I was writing this article. My suspicion is that After Effects should have something similar to Final Cut.

Since credit rolls are a hit-or-miss option, many filmmakers bypass the entire problem by using “cards,” these are titles that don’t move, instead the project cuts from one set of full-screen credits to the next. This solves the problem totally.