I did some research and compared how FCP X handles R3D RAW vs. ProRes RAW images in the Timeline. Jeff is right, there is far more control over RED images than ProRes, as you can see in the screen shot below. In my research, I also re-discovered Apple’s excellent white paper on ProRes RAW (link). 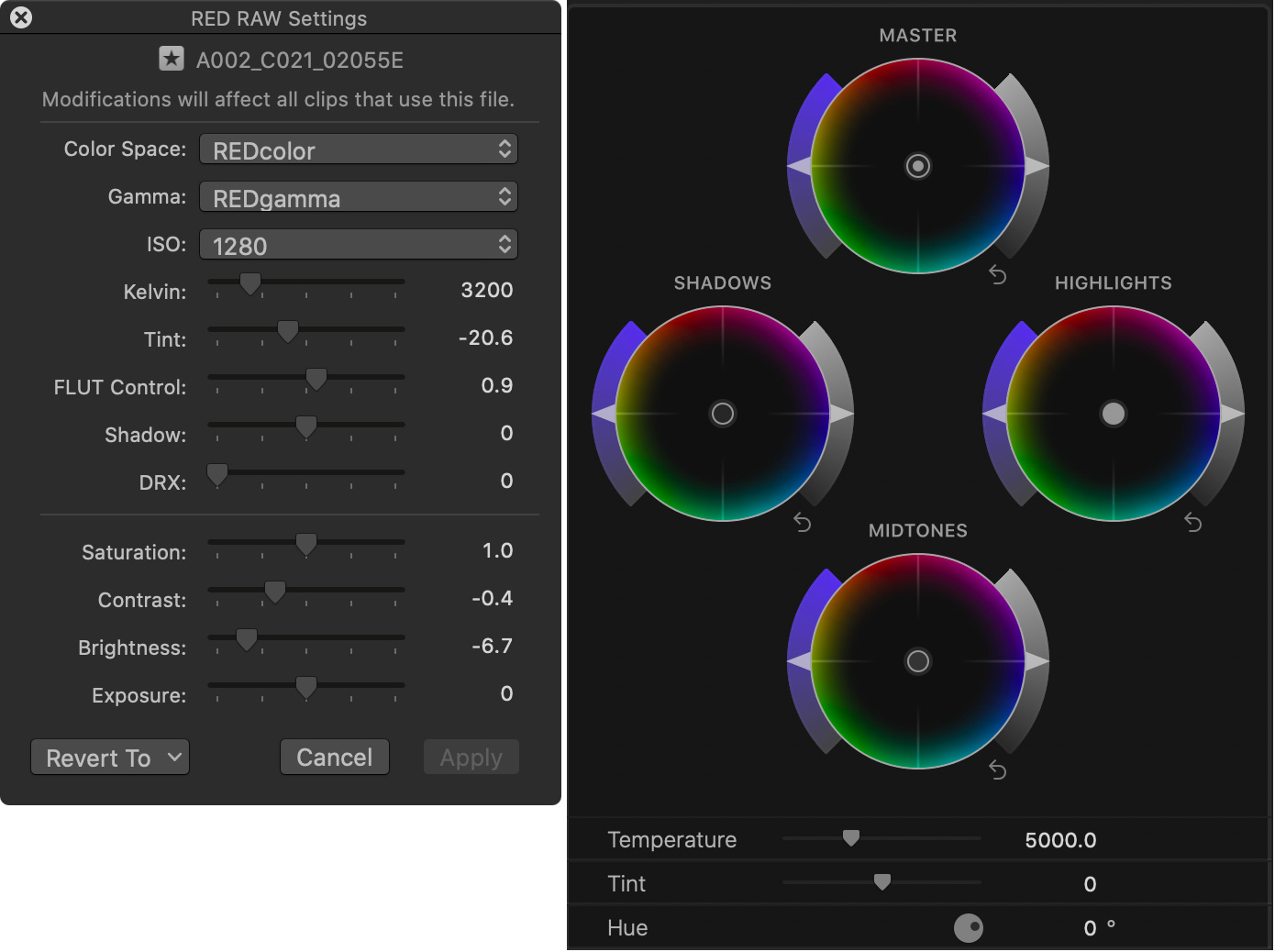 The image on the left shows the RAW image controls in Final Cut Pro X specifically for R3D RAW files. These are missing for ProRes RAW. Instead, FCP X provides the standard color wheels (and curves and color board) which are available to all clips, include R3D; as illustrated on the right.

In the intro, Apple’s white paper says: “Apple ProRes RAW is based on the same principles and underlying technology as existing ProRes codecs, but is applied to a camera sensor’s pristine raw image data rather than conventional image pixels. ProRes RAW brings to raw video the same great performance, quality, and ease of use that ProRes has brought to conventional video, in a format ideal for high-dynamic-range (HDR) content creation in Final Cut Pro X.”

So, yes, ProRes RAW is actually a RAW file. In terms of workflow, there are three primary ways to color correct ProRes RAW video in Final Cut Pro:

Regarding Jeff’s comments that the color controls for RED RAW files are more complete than the same controls for ProRes RAW, I forwarded his comments to Apple in hopes that these features can be implemented in a future release.

I sent this article to Jeff after I wrote it. He added:

BTW, that YouTube cinematographer just did a live webinar yesterday with B&H and Panasonic talking about his ProRes RAW workflow in FCP X. Here’s the link: https://www.facebook.com/watch/live/?v=379938163001463&ref=watch_permalink The post-production portion starts at around 40 minutes in.

The Panasonic rep, Matt, also explains that as of right now, there is no access to metadata based ISO and WB control in Apple ProRes RAW. He further explains that ProRes RAW is still relatively new and that RED and other companies didn’t offer those controls on initial release either.

Panasonic has currently baked in ISO and WB into ProRes RAW due to keeping the noise lower. He is not sure if that will changes as Apple opens up later and becomes metadata-based like other RAW codecs. Then in turn Panasonic (or other manufacturers) may then have to turn that on as well.

The entire ProRes RAW white paper is worth reading. Here’s the link.